We want every child who attends JUMP! Kids Camp to make new friends, encounter God in a safe and loving environment, and have one of the most fun times of their lives! At JUMP! Kids Camp we endeavor to partner with parents as they raise up awesome kids. In a fun atmosphere kids will cultivate valuable social skills and manners —like how to make a new friend—and the importance of eye contact and a firm handshake! The team behind JUMP! Kids Camp is honored to be entrusted with your kids. JUMP! Kids Camp was founded in 1994 and has grown from 150 to 6,000 kids.

The Impact JUMP! Has Had on Me

Creator of the JUMP! Kids Brand 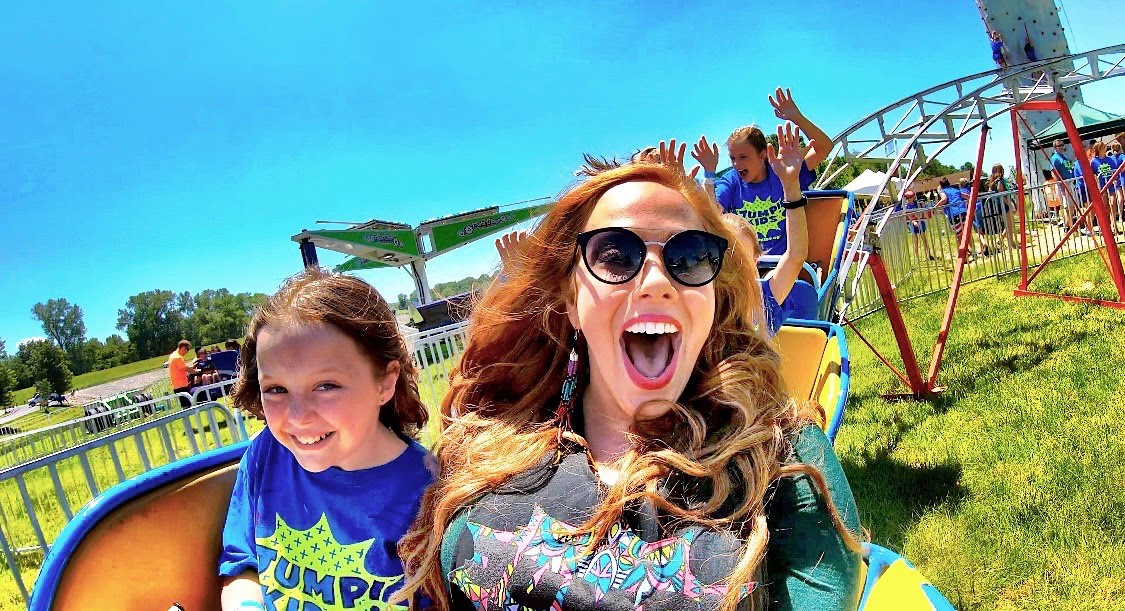 Wow! What a wild ride it has been. Writing the songs, the musicals, and the dialogue for the JUMP! Kids shows for the last 15 years has been so much fun. It’s amazing what God can do with a willing heart. When I started I had never done anything like this before, but I was determined for the lesson portion of the JUMP! Camp to become the kids’ FAVORITE part!

Now how the heck was that going to happen?! GOOD QUESTION! I asked myself the same thing and started writing songs and dialogue to communicate the truth in a creative and fun-to-learn way. Based on my own need to “put my phone down and get my head up” and because of the lack of manners in our society, I started writing about social skills. Even though I’m a pastor’s daughter with a theology degree, I got to know God on a whole new level as I studied the Bible stories each year to be able to tell them to the kids. It’s been an honor to write these songs and to tell these truths from my point of view, but it’s impacted me the most.

Working and preparing with the JUMP! team every year has allowed me to learn to lead people who then go on to have great seats of influence around the world.

When I went to direct and produce the musicals with an amazing team of choreographers, leaders, costume creators, set designers, a technical team, etc., it helped me grow past the insecurity of making sure the show turns out exactly how I envisioned. Instead, I get to let others grow and help the production become what it should be.

Weeping from the side of the room, I’ve watched parents sit on the front row and see their kids overcoming. Instead of living in paralyzing fear, the kids are singing and dancing and breaking out of the shell that insecurity tried to trap them into.

I have lead the whole room to sing “Perfect Peace” as they sway and the middle schoolers light their phones.

I have grown in God, as a leader, and as a Christian. As I stand with the 1,500 staff and volunteers who facilitate this vision, it is an honor to have your kids go to sleep to JUMP! songs.

I’m so sorry to torture you with the music in your car LOLOL.

I feel like no one has been more transformed by JUMP! than me. Thank you. I can’t wait to see what we get to do through JUMP! in the years ahead!